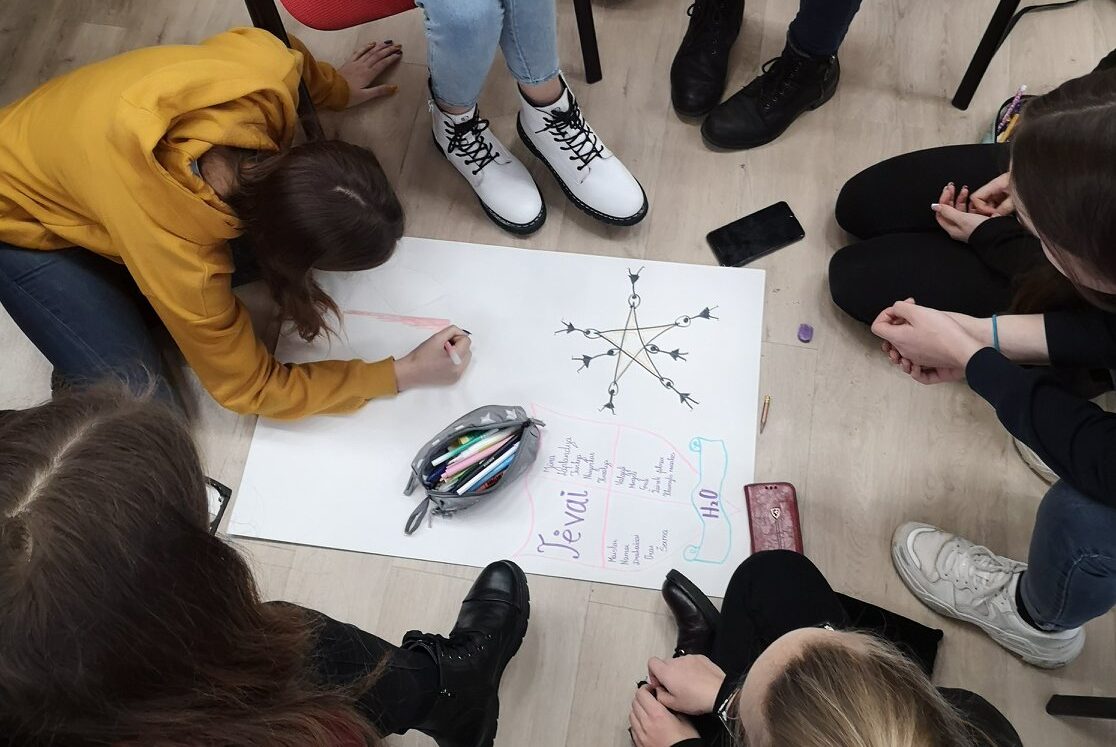 Student classroom engagement and good learning outcomes largely depend on the close cooperation of the entire school community. Having undertaken significant changes to build a closer partnership and greater mutual trust between teachers, parents, and students two years ago, Širvintos’ Lauryno Stuokos-Gucevičiaus Gymnasium provides a good example of this. Today, these changes are already coming to fruition and help overcoming challenges arising from COVID-19 as well.

Student engagement is an issue

According to the gymnasium’s principal Audronė Buzienė, it is not easy to admit that sometimes solutions to problems should be sought by means of changes within, instead of looking outward. Therefore, once the results of student engagement were reviewed and ways to improve them were sought, it took courage on the part of the gymnasium’s leadership and teachers to acknowledge that achieving every child’s success requires changes in the school, rather than in the students.

“Having analyzed the results of the gymnasium’s student surveys, we found that only a third of students were interested in what they were learning in classes. That is the problem of student engagement, which is probably faced by many schools today. We began considering what could be done differently and which areas required changes, and we reached a conclusion that we first had to strengthen our school community by enhancing cooperation and mutual trust between teachers, as well as seeking more active involvement of parents and, of course, the students themselves in the school’s activities,” tells A. Buzienė.

Teachers are not only teaching but also learning during classes

The acceptance of changes at school was encouraged by taking part in “Renkuosi mokyti!” [“I choose teaching!”] program. Širvintos’ Lauryno Stuokos-Gucevičiaus gymnasium applied and was selected to participate in the program, using it to carry out a change project. The project sought to strengthen cooperation between the school’s managers, pedagogues, parents, and students by focusing first on the development of the teachers’ teamwork and leadership competences.

“We began looking for ways of how and what we could learn from each other. With this goal, we started organizing open classes during which teachers can observe and analyze how their colleagues deliver instruction and offer their feedback later. This is a way of exchanging experiences and constructive criticisms in order to find more effective ways to improve the quality of education and student engagement indicators. Certainly, the pedagogues had to get used to it, and some may even have had to get over themselves, become more open-minded and realize that we are all working toward the same goal; however, most managed it well,” says A. Buzienė.

New skills help overcoming the challenges of the pandemic

Once internal barriers were overcome, greater mutual trust emerged and more teamwork took place, the benefits of changes started to become apparent as well. A colleague sitting in on a class became a regular occurrence at the gymnasium. According to A. Buzienė, today many of the gymnasium’s teachers view the colleagues attending their lessons as like-minded professionals who seek to improve themselves and help others do the same. This practice of classroom observation at school helped identifying and defining the characteristics of a good lesson that are sought after in all classes.

The principal of the gymnasium is convinced that “in the context of the challenges to the education sector posed by COVID-19, the importance of teachers’ professional cooperation and learning from each other has become even more apparent. In such a difficult situation, that is precisely the key to success because the effective application of the best practices of remote teaching depends directly on the teachers’ willingness and ability to exchange knowledge, coordinate among themselves, as well as provide and receive feedback.”

Once the school’s change project was underway, efforts were also made to encourage an active involvement of parents and the students themselves. According to A. Buzienė, the gymnasium began functioning as a tight-knit community, in which the needs and opinions of all its members are taken into consideration and in which relations are grounded in mutual trust and assistance.

“We have included student representatives into decision making and this really brought a lot of positivity – working groups became more dynamic and proactive, covering all discussion issues better. In the meantime, the parents of students have become more frequently involved in organizing events and other school activities. They have also shown the will and the ability to organize and pursue common goals together with the teachers and the students,” rejoices the principal of the gymnasium.

According to A. Buzienė, the most important outcome is that, as indicated by surveys, 80% of the gymnasium’s students had a positive view of the changes implemented at school. “This means that we are moving in the right direction. Over the past two years the mutual relationships of the community have really transformed and, without a doubt, for the better,” noted the principal of the gymnasium.

Changes at schools seek to activate the entire system

Changes in Širvintos’ Lauryno Stuokos-Gucevičiaus gymnasium, as in dozens of other schools in the country, were facilitated by “Renkuosi mokyti!” program, while the project was funded by Vilniaus Prekybos Support Fund “Dabar”.

The head of the program, A. Motiejūnė, maintains that the implementation of changes needed in each separate school also contributes to the development and expansion of a countrywide network of inclusive education, which helps transforming the entire education sector. Such a transformation is necessary for establishing education that meets the requirements of social justice and the individual needs of every child, regardless of their background.

According to its principal, Širvintos’ Lauryno Stuokos-Gucevičiaus gymnasium is constantly searching for new ways to empower its community and continues the proven practices of classroom observation and analysis. Perhaps its example can inspire other schools to embark on changes as well. 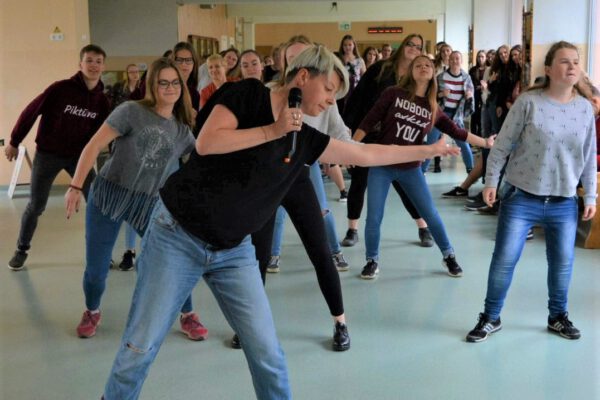 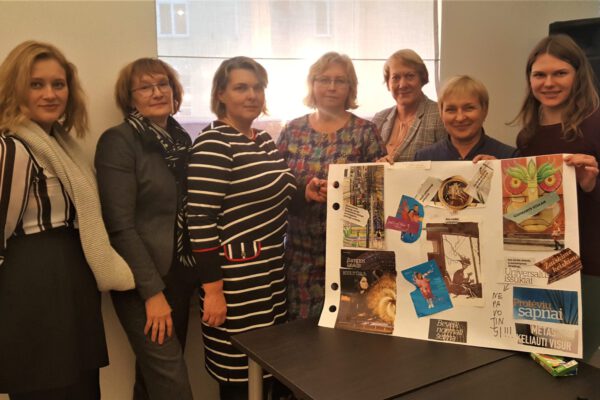 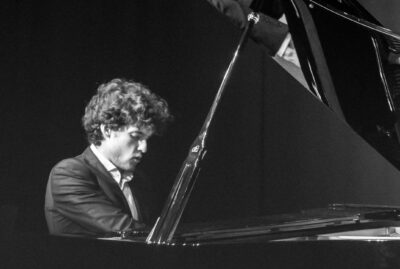 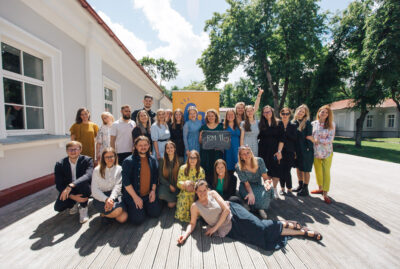 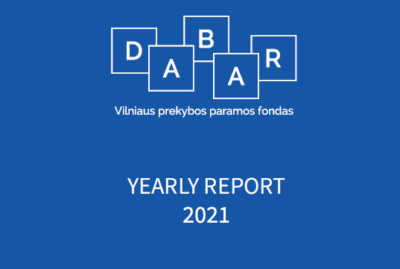 THE MAIN ACTIVITY OF THE FUND"DABAR" IN 2021 - EQUIVALENT AND QUALITY EDUCATION IN LITHUANIA
In 2021 the strategic direction of the Fund has remained the same – to support initiatives that contribute to inclusive, equitable and quality education that make a lasting positive change.
Read more